Learn about what is happening in the industry 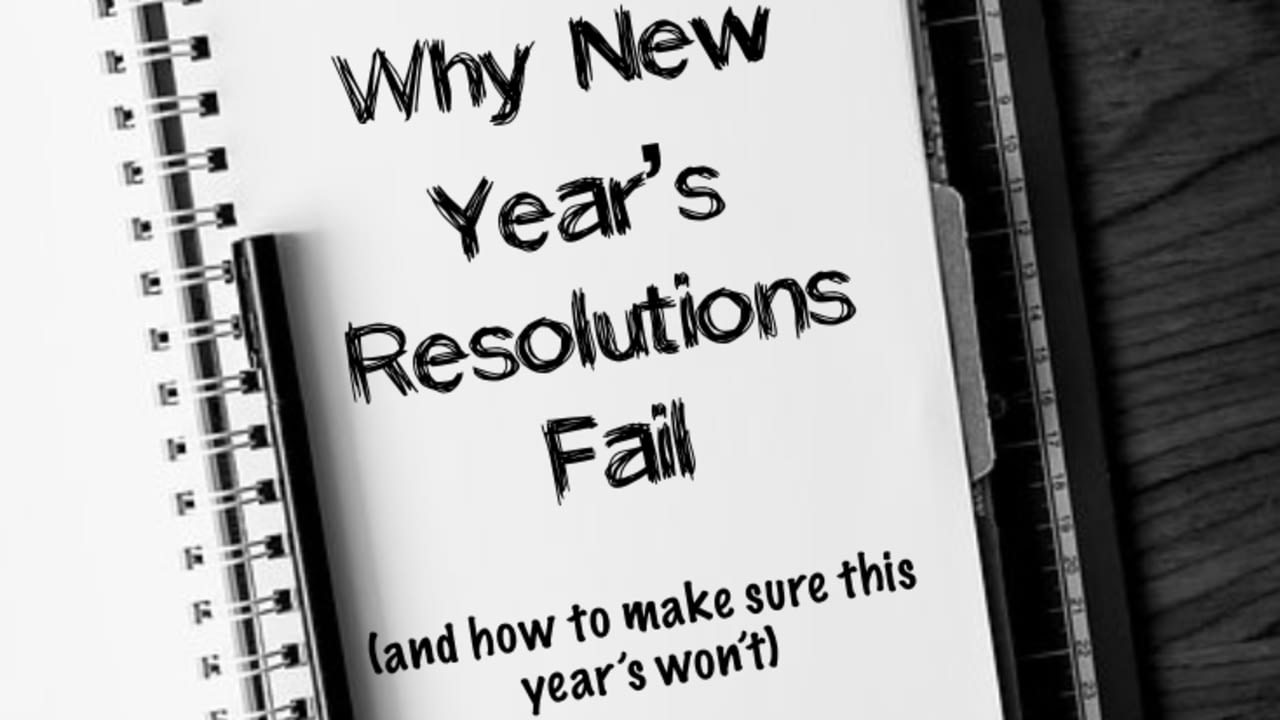 This is Why New Year’s Resolutions Fail

When the clock strikes midnight signaling the start of a new year, many adults will have committed themselves to a New Year’s resolution.

Whether it’s to lose weight, get out of debt, pursue a coveted hobby, socialize more, or something else, for many, making New Year’s resolutions is part of the festivities. And with so many people committing to goals for the new year, the hope and optimism that change can happen are in the air. The reality is, however, that over 90% of New Year’s resolutions will be abandoned within just a few months.

Why aren’t we more successful at keeping our New Year’s resolutions? Some reasons include the idea that we’re thinking too big, we’re not considering the ‘why’ behind them and the fact that we may not be ready for change. This article will further explain those ideas, including why we make New Year’s resolutions in the first place, the many reasons it’s difficult for us to follow through on them, and what we should do instead to create lasting change.

Unfortunately, optimism alone won’t result in the change we want. The reality is there are a number of things about the way we make New Year’s resolutions that set us up for failure before we’ve even started.

One of the biggest issues with New Year’s resolutions is that they often revolve around huge changes like adjusting our eating habits, getting more sleep, or becoming fluent in a new language. “Where we go wrong with New Year’s resolutions is there’s this idea that it’s supposed to be some big, sweeping change because that sounds kind of sexy,” licensed clinical psychologist Terri Bly explained. “[But] as humans we’re not wired to make big, sweeping changes.”

A licensed professional counselor, Jennifer Kowalski concurs, sharing, “In order to change a behavior, you have to be uncomfortable and nobody wants to be uncomfortable. So, in order to see a lasting change, you have to be in a state of discomfort for a really long period of time…. People tend to set [New Year’s resolutions] that are really big, and they might be achievable, but there are probably 30 steps they needed to take before they get to that place. And so, they make it unattainable by not setting smaller, more immediate goals.”

As a result, if we want to be able to meet our goal of, say, learning a language, we need to set smaller goals along the way to be successful, like devoting five minutes a day to learning a new word or phrase. That way we can ease ourselves into the change, instead of making an overwhelming change that we probably can’t sustain like planning to be fluent in a new language in four months.

We Aren’t Asking Why

Change is hard, and as a result, Bly says, “the pain of not changing has to be greater than the pain of changing for us to really… change.” However, many of our resolutions tend to involve things we feel we should do. But when we focus on what we should do, we’re not focusing on what’s in it for us. One way we’re more likely to change is to get at the heart of our internal reason for wanting to.

“Usually New Year’s resolutions are optional things,” Bly notes, “and so if we hate doing it, any goal we set is just pain and we’re not really sure what the reward is going to be, we’re not going to do it.” For example, if our resolution is to go to the gym three times a week but we hate going to the gym, we won’t meet our goal.

If we know the reason we’re making a particular resolution, we may find there are other routes to achieving it that will be more enjoyable and satisfying for us and, therefore, make us more likely to stick with it over the long term. “[We need to have an] understanding of… what is the thing I want for myself? How might I get that?” Bly observes. “That is going to be way better than a ‘should.’”

We Aren’t Ready to Change

Another reason we can’t commit to our New Year’s resolutions long-term is that we aren’t ready to change. Bly points to the Stages of Change model as a way to understand the process people go through before they’re psychologically ready to change. The model consists of the following stages:

Kowalski notes that we often stay the same out of habit, but change can become a habit too—if we stick with it. However, when we set big, overwhelming New Year’s resolutions, we also set up the expectation that we’re going to turn over an entirely new leaf on January 1. But real change requires incremental changes so we can make ourselves comfortable with the change and ensure the change becomes habitual.

“If you go all in and you only, do it for the month of January, that doesn’t create a habit,” Kowalski says. “It’s about getting yourself in the habit of doing [new things].” But that only works if you’ve created a New Year’s resolution that isn’t too uncomfortable and makes you believe you can keep at it.

As a result, instead of setting one big New Year’s resolution that people may quickly come to believe is unattainable, Bly suggests that New Year’s might be a good time to create a timeline for the next year that sets a variety of small milestones that will help us get to a bigger goal over time. While it’s not as sexy as a traditional New Year’s resolution, this will work better with our psychology and make it far more likely that the changes we make actually last.